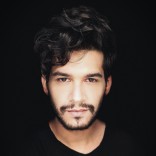 Videoclip: Shakira – “Addicted to you”

1. At what age did you discover that you have a talent for singing and songwriting and how did you find out?

First of all hello to you and to the readers, it’s great to speak with you!
Me and my brother grow up in a house where there was always an instrument around. My parents are both big music fans, so we got “infected” from the music-virus at a very early age. When we were child we already used to write songs for fun, then as teenagers we started our firsts band and then things started to become more and more professional. Now we signed with Warner Germany. I think that composing it’s our way to express feelings. We are musicians because we like live performances and to compose music. We are proud not to be like other singers, kind of “karaoke-singers”.

2. What is the most important thing to you that the audience understands your music and the feelings within it or to take from it what they want?
We want to give to the people a lot of positive energy, that’s our main job.

4. Do you have any plans for a new CD release soon? If so, can you give us some insights?
Yes, we are going to release our first album “Disinformation” May 18th. The album was recorded a year ago, so last month we went in studio to record a couple of new tracks. The songs are a kind of mix between indie-rock and pop and as the title say, songs talk about how communication can be weird, both on media and personal level.

5. What is your favorite track song from your national songs that had participated in Eurovision until now?
It’s a difficult questions, we are not experts of Eurovision, but we should say Celine Dion’s song in 1988…

6. What do you think about Romania’s song in Eurovision this year – Mandinga – Zaleilah?What things do you know about Romania?
Their song is very well produced. Sadly there are a lot of similar songs this year.
We had the chance to go to Moldova as guest in their national selection and we learned that romanian language is similar to italian, we didn’t know it! Btw..we’re big soccer fans, and of course we know the “Hagi”, he was one of the best number 10 player.

7. What do you like to do for fun apart from music?
Of course we love partying but also sports, like soccer, tennis or Formula 1…we often play tennis and we’re used to jog. We think that sport is really important, it keeps you healthy, mind and body.

8. Can you tell us a bit about your song and the message that it shares? What does it make it original from all the other participant songs this year?
“Unbreakable” talks about how important is to follow your dreams and try hard to reach them. Especially in during this crisis period we think that people need a strong and positive message. The massage is clear and universal.
Musically “Unbreakable” is certainly not a classic Eurovision song. We are proud to bring something different. Is a kind of pop rock song, but it is danceable. Melody, energy and groove!

9. What do you think about performing on the Eurovision stage this year? What is your worst fear about it?
We are really excited about and we don’t feel pressure. After years of working we have a chance to show our performance to a wide audience. Why should we be scared?? We just want to enjoy it.

10. What do you think about the history of this competition? It evolved or not throughout years and why do you think that?
Eurovision is one of the biggest music contests, more than 40 represented countries. It is amazing! Eurovision started in Switzerland and we would like to bring it back here…would be amazing!

11. What do you like the most in this competition?
Different cultures meeting together. This is great!

12. What would make you happy this year, talking about Eurovision Song Contest 2012?
Play a great show and give to the people positive vibes.

13. Leave us a message for all our readers and your Romanian admirers.
We need you, all your friends, your parents and grandparents 😉 to go on this fantastic adventure!! We’re very grateful for your support! Let’s rock Baku!!! 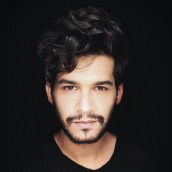