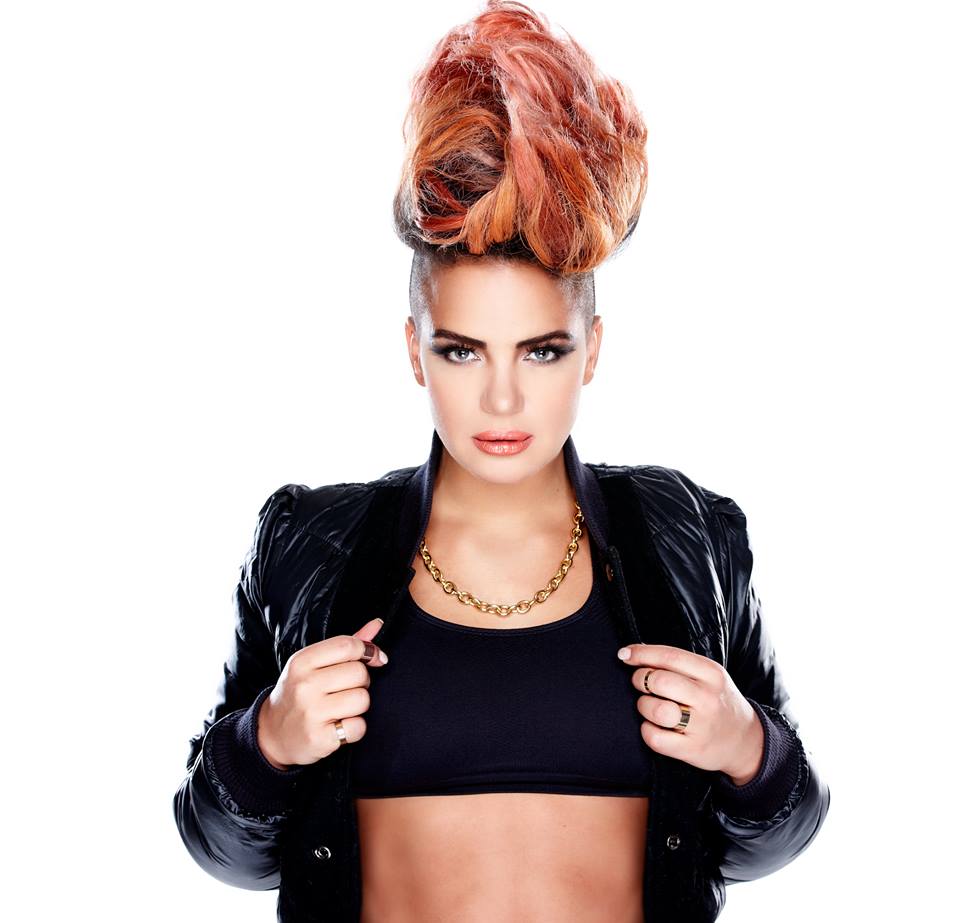 What defines an artist’ success nowadays? A quality performance, the exciting rhythms, the original look and, moreover, the effervescence and joy being on stage.
Eva Simons has won with a single hit, “Policeman“, the radio and TV channels in Romania. The artist originar from the Netherlands, who is currently preparing to release a new single as catchy as the first one, is a mix of originality, creativity and interior force and this can easily be seen with a single appearance.
Because a successful artist should be discovered as it worth, Star Gossip Magazine has talked with Eva in a new EXCLUSIVE INTERVIEW FOR ROMANIA, about the story of her success.

When did you figure it out that what you want to do is singing and being on stage?

When I was a little girl and I was singing in a choir, I always wanted to stand in the front and have all the solo’s.I just wanted to be on stage and perform.

How did the story of success begin?

The real succes started after my solo song Silly boy when I worked with Afrojack and released Take over control. It sold over millions of copy’s in the US and worldwide . That was crazy.

Which are your main advantages in this wild industry?

That it’s easier for me to connect with other artists and make songs with them, because they also know me and what I do. And all the dope hotels I stay in are also pretty dope 🙂

Is it more simple for you working close together with your husband?

I am a very social person. I can work with mostly anybody.

Do you intend to release a new video for the smash hit Bludfire?

Bludfire will have a video yes. I actually editing the video now with the crew.

Do you know the Romanian musical industry and the artists here?

Not really no, but I am excited to know it.

Which of the greatest artists you can call your main source of inspiration?

Any dope song i hear can inspire. I am not a album listener. I don’t have artist I look up to. I have songs I look up to and real performances like how madonna and janet would kill it, and how Bob marley would set a vibe , more like that.

If you would describe your music and the message that you want to share in three words which would be these words?

Which is the main lesson that you learned both performing in a band and solo?

Enjoy yourself. Have a good time. And work hard.

How is Eva Simons behind the stage? What do you do for fun?

Mostly I am still working on songs or visuals. With a drink of course.