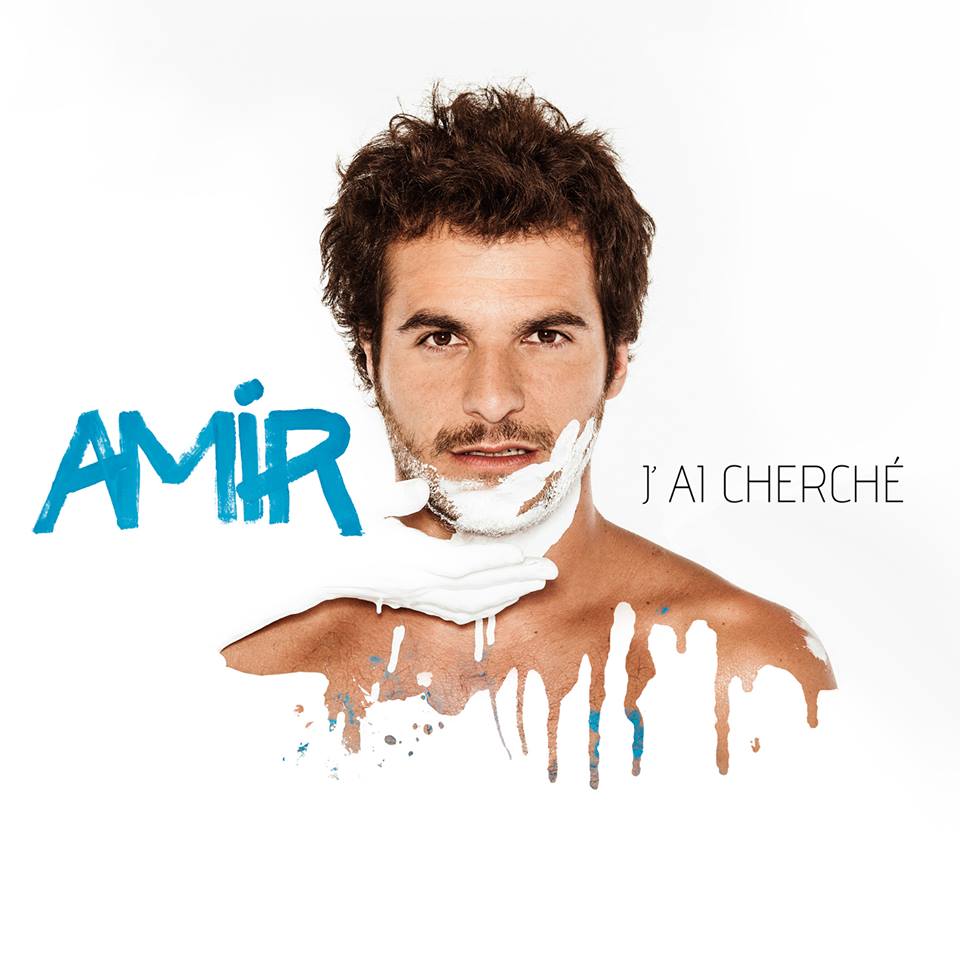 French artists have more and more success on the European and international music market and Amir – France representative to this year’s Eurovisionis part of this gallery of artists. With great looks, an elegant presence and a fresh song and sound – “J’ai cherche”, Amir hopes to bring France this year a place as high as possible in the final European chart, place that it is worthfully deserved.
We have talked ( by phone) with Amir in a new exclusive interview, presented by Star Gossip Magazine.

At what age did you discover that you have a talent for singing and songwriting and how did you find out?

I have always loved to sing, but I never tried to do it seriously. At the beginning I was a student at Dentistry. But once I understood that I wanted to do music and dreamed about it, I told to myself: “When I finish the studies, I will go to sing for one year, then I shall go to be a dentist”. I gave myself one year to do music, I recorded songs in a studio, I posted videos on YouTube and then one day “The Voice” in France contacted me and told me that they would like to audition me because they had seen my videos on the Internet. When they told me this I was very happy, because I did not know that I had a future in music. I have never imagined that I would get to the final of this competition. And people in France voted, and voted, and voted for me, which gave me a lot of confidence, and then when The Voice was finished I decided that I wanted to do music in my life, so I decided to write my first album, which will be released during the next month.

What are your long-term career goals?

I want to sing and produce albums and continue performing all of my life. Music is the only job that I want.

I love the song of Marie Myriam , “L’oiseau et l’enfant”.

Can you tell us a bit about your song and the message that it shares? What does it make it original from all the other participant songs this year?

I think it is original because this song has not been written for Eurovision, it was the first single of my album and it was released to French radios, and it was very successful. Then they announced that it was going to represent France in Eurovision. So this is a different way from all the other years in France, when they chose songs written especially for Eurovision. This song speaks about the feeling of trying something new in your life, that is making you happy, and is giving you power and courage and makes it strong. I find it in music. Any person can find it in different places. Maybe cooking, maybe dancing, maybe poetry, maybe fashion. Everyone can find something that he loves to do and which makes him or her happy to wake up every morning.

What do you think about performing on the Eurovision stage this year and how will your show look like?

The look of the show is going to be very modern and I hope very elegant. We are working on it very hard. We want to make something that France has not done before and we hope to succeed. But besided this, I think that competition is very high. Many good singers and good songs are performing. So I really hope that my performance will be the best that I can deliver.

Have you listened to the other songs? Do you like any of them?

Yes, I love all of the songs, but I have something for the Australian and the Spanish song.

What do you think about the history of this competition? It evolved or not throughout years and why do you think that?

I think that it goes to more modern sound and modern staging. It is really the best place to see the future of Europe.

What do you like the most in this competition?

I like that fact that music makes people come together and it brings people to know each other, to party together, even if they live in different countries and they come from different cultures. Thanks to music we have the opportunity once a year to meet and make friends from all over the world, to have fun and share emotion.

I have an uncle that lives in Romania and I want to visit Romania soon. My wife is also half-Romanian. So I have a very strong bond with this country. I really dream about coming to Bucharest and to have fun there. I have not listened Ovidiu’s song yet. I am trying to discover one song from this year’s Eurovision every day and I did not get to the Romanian entry yet.

What comes after Eurovision?

I would like to thank the people from all over the world for all their support. It is truly a dream come true to be able to share my new music life with the people from around the world. It is a big chance and a big luck and I hope that we will stay connected to music for many, many years 🙂