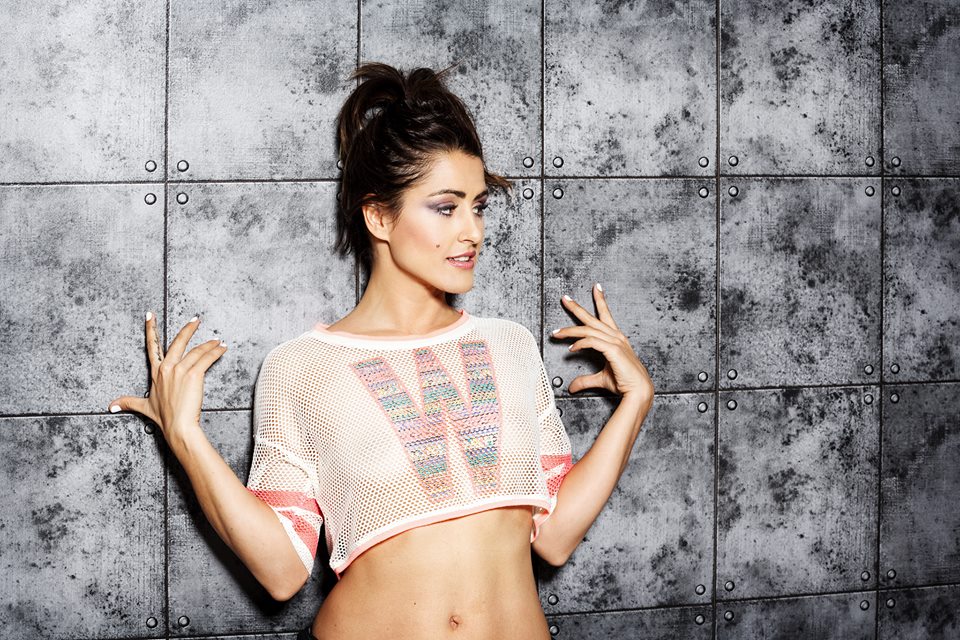 „The Ultimate Thriller – The Michael Jackson Tribute – LIVE in Bucharest”

1. Your musical styles are very different. Many say that music defines our souls. How would you present and describe the woman Barei?

I´m a regular person who likes simple things in life like nature, food, animals, music, hugs, long conversations, sports, hanging out with friends and family… I´m the happiest woman in the world watching a movie with my boyfriend and my dogs… I don’t need too much to smile and try to make people smile but sometimes I cry a lot as well. I´m very sensitive and vulnerable.

2. You chose for a dance song, in English language, for this year’s Eurovision. Why is that and which is the general message?

“Say Yay” was my third option. We sent two other songs before and the first one they chose was a balad but after a few days we thought that we had to do something better to be at the height of this big chance. Through this song I want to give a message of self-improvement and the feeling of “live on trying” in 3 minutes.

3. Who or what had the most influence on you on deciding to take part in this year’s Eurovision?

It was one person of my team who sent an email with my dossier to RTVE and they began to check my project and they really liked it. After that I began to work hard with Ruben Villanueva (my producer) to make the best song to get the possibility to be one of the candidates of the final. After two months without sleeping they chose me as one of the finalists and now here I am.

4. What are your personal expectations regarding this year’s Eurovision?

I don´t think too much about it. I just work and try to give the best of me, no matter what happens. The most important thing is to give the 100% of myself and bring the message to all Europe.

5. What do you think about the way people tended to vote in the latest years, especially regarding Spain?

I think it’s had been a very high level of candidates the past years and that makes everything harder.

6. Tell us more about the ideas involving the promoting video of the song and the show that you will have on stage at Stockholm.

The music video is a very powerful story of many and different people around the world. It’s about “trying” again and again and don´t ever forsake on what you want do or who you want be. No matter how long it takes. You only need to believe in yourself.
About what will happen on stage I can only tell you it will be very powerful, emotional and minimal.

7. What are your plans after Eurovision?

I’ll continue with my tour, promoting my album “Throw the dice” all over Spain and hopefully I will start with my next album and continue writing for other artists.

8. Have you heard the other countries’ songs? Which is your favourite?

My favorite ones are France, Finland and Belgium.

9. What advice would you give for someone who wants to participate next year in Eurovision?

Just live the experience, enjoy it and work hard because the whole thing only happens once in your life.

10. What do you know about Romania and our contests to this year’s Eurovision?

I´ve never been there but I would love to go. To have a rock band like Ovidiu Anton at the Eurovision contest always makes it richer and varied.

11. Share us a message for our readers and all your Romanian fans!

Just be who you want to be. Don’t ever let anyone tell you that you are not able to do something, because you really can. To all Romanians fans I will always be thankful for your support and hope to see you soon!